“A reader lives a thousand lives before he dies. The man who never reads lives only one.”  – George R. R. Martin.

My name is Chris Saunders, and I am an IELTS instructor at a private college in Guangzhou. Or at least I was before the Covid-19 nightmare unfolded. I still teach online, but we all know that isn’t real teaching. The only reason I got into ESL teaching was so I could travel, and now I can’t even go out! The irony.

A Means to an End

I want to start this piece with a confession; I never really wanted to be a teacher. I think that’s true of a lot of ESL professionals. I know there are some who have dedicated their entire lives to education, while others, like me, fall into it accidentally. 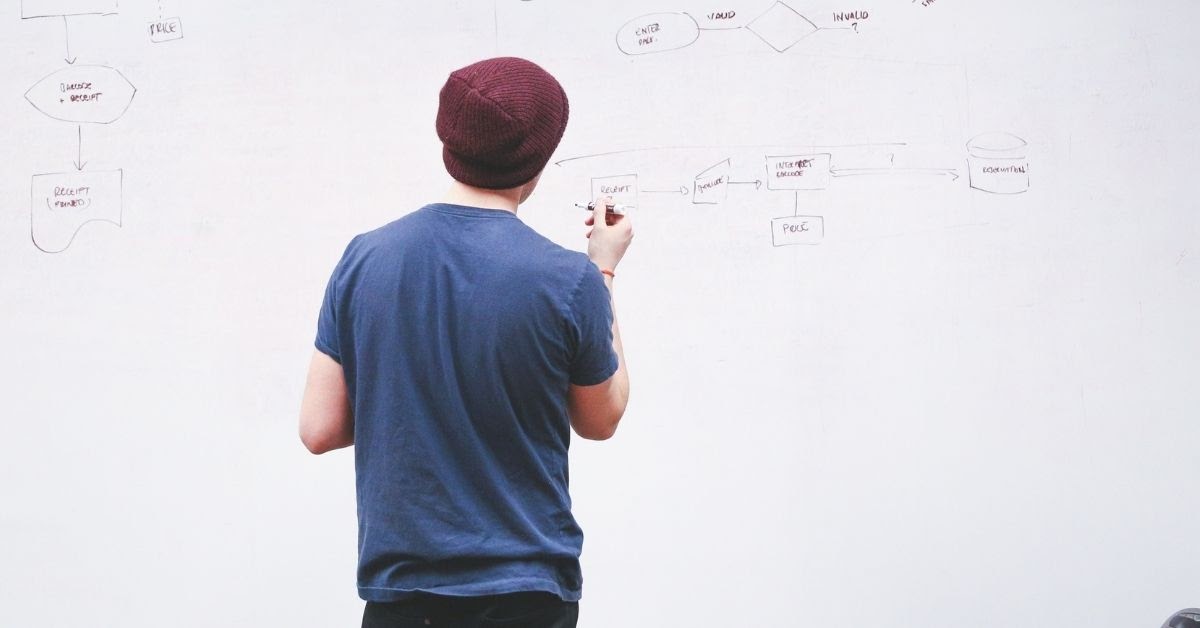 I love the lifestyle, but the truth is all I ever really wanted to do was write. I was that weird kid who sat at the back of the class reading novels while he should’ve been doing other things. I spent my free time writing awful short stories long-hand in notebooks. Consequently, I failed all my exams at school. Yep, even English. I remember plucking up the courage one day to go and see my careers advisor and telling him I wanted to be a writer. He just laughed at me and told me to get a real job instead. Looking back, I can see why. I was never exactly academically inclined. I had a rebellious streak as a teenager, and didn’t really fit into the system. But at the time, that disdain lit a fire inside me and from that moment on it became my mission to prove that teacher wrong. As Jon Lydon, once Johnny Rotten of the Sex Pistols, famously said, “Anger is an energy.” He was right, and that energy was my fuel. 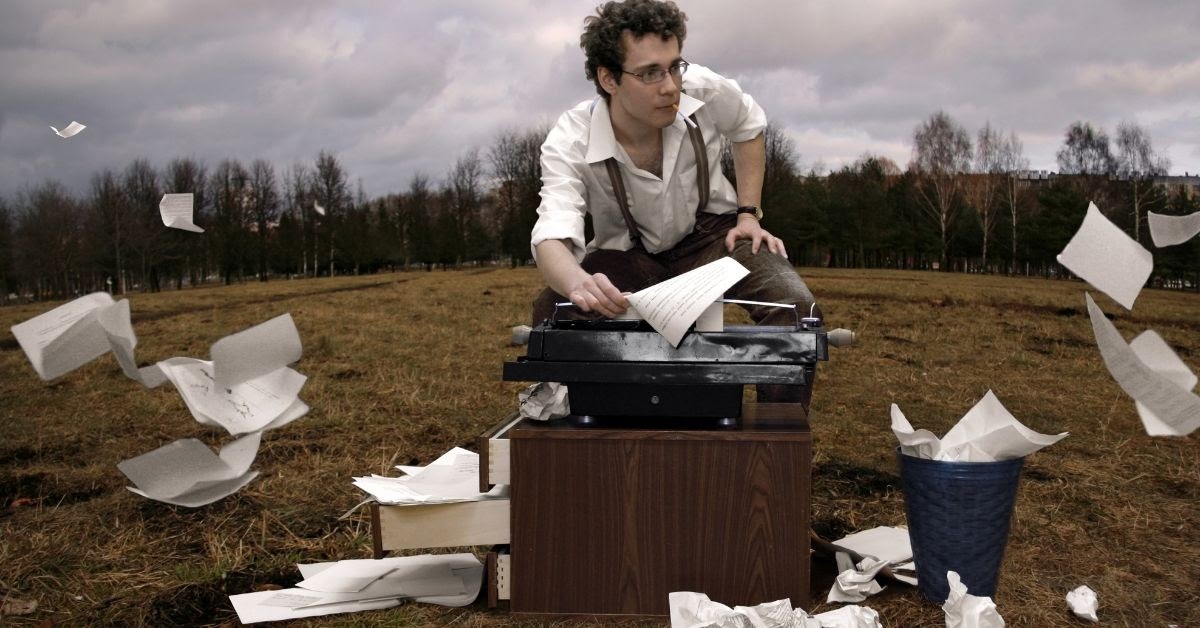 Doing it For Yourself

Leaving school with no qualifications put me at an immediate disadvantage. Being from a working class background, I had to get a job as soon as possible so I started working full-time in a local pharmaceutical factory. At first, I put things in boxes, before being promoted to putting the little bar codes on the sides.

The most difficult thing to deal with, apart from the long hours and poor salary, was the knowledge that this was it. This was my life now. It was difficult to stay motivated.

By then I knew that nobody was going to do me any favours, and why should they? If I was going to make anything of my life, I would have to do it alone. I did a correspondence course (no internet in those days!) and soon after, I decided to write a book. I was heavily into history, myths, and unsolved mysteries, and spent a lot of time researching and planning my project. In fact, the whole process took over eight years. I was still working in the factory, and I had the usual things people have going on in their lives – relationships, a social life, a video game addiction. 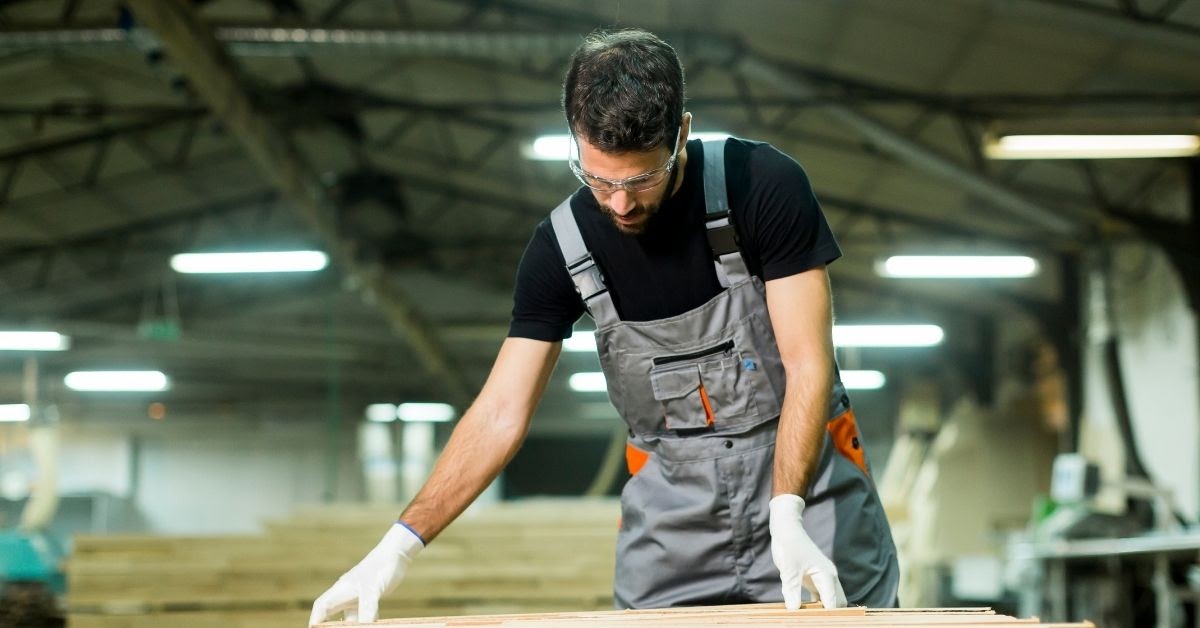 Eventually, back in 2003, my first book, Into the Dragon’s Lair: A Supernatural History of Wales, was published. That was the moment everything changed. Suddenly, I was doing interviews with magazines and local newspapers, even live radio. At some point, I was persuaded to apply to go to university as a mature student to do a journalism degree. I was the only person on the course without any formal qualifications, but I was also the only person on the course who had ever written a book. Swings and roundabouts. 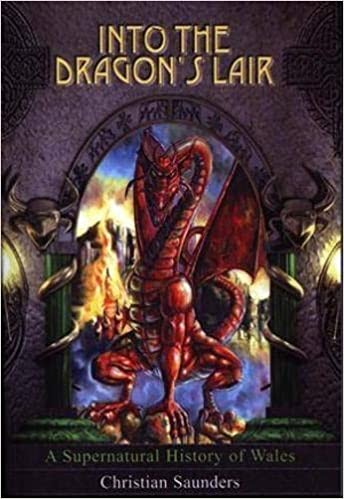 After I graduated, I started doing freelance writing work for anybody who would pay me. I wrote about everything from chilli pepper farming to Bruce Springsteen collectibles, and made up the shortfall in my income with bar work. Every day, I thanked my lucky stars that I’d managed to escape the factory life.

But soon, I got bored. I just knew there was more to life, and I wanted to experience everything. Most of all, I wanted to live in another country. Before, there were so many obstacles in my way. Now, I had no such inhibitions, and set about looking at my options.

China immediately stood out. The English learning sector was booming, and there were jobs aplenty. Nobody even seemed to care that I didn’t have any teaching experience. I applied for a position as a Teaching Assistant at a university in Beijing. On arrival I realized that I wasn’t an assistant, I was the teacher. That was a baptism of fire. 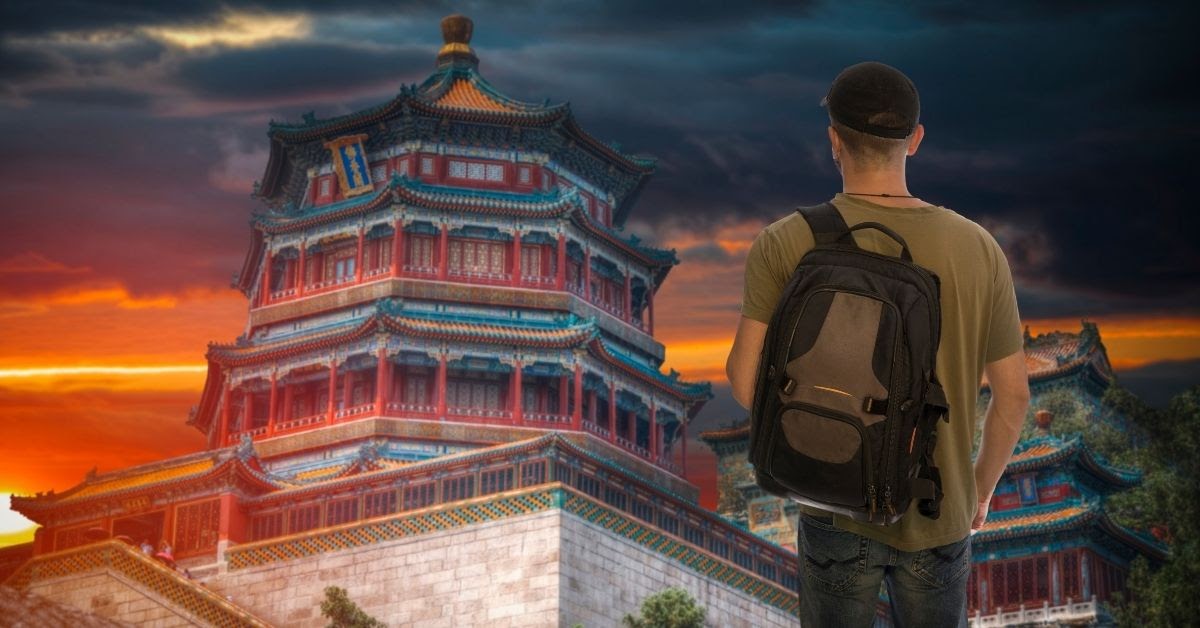 After a difficult start, I soon fell in love with China and her people. Compared to what I was used to, it was so exotic and diverse. Every city had its own customs and traditions, and even dialect. I did everything from hunting for dinosaur eggs in the sprawling Gobi desert to eating deep fried meal worms in tropical Guangdong. After the shock factor wore off. I slowly began to integrate writing into my daily routine. 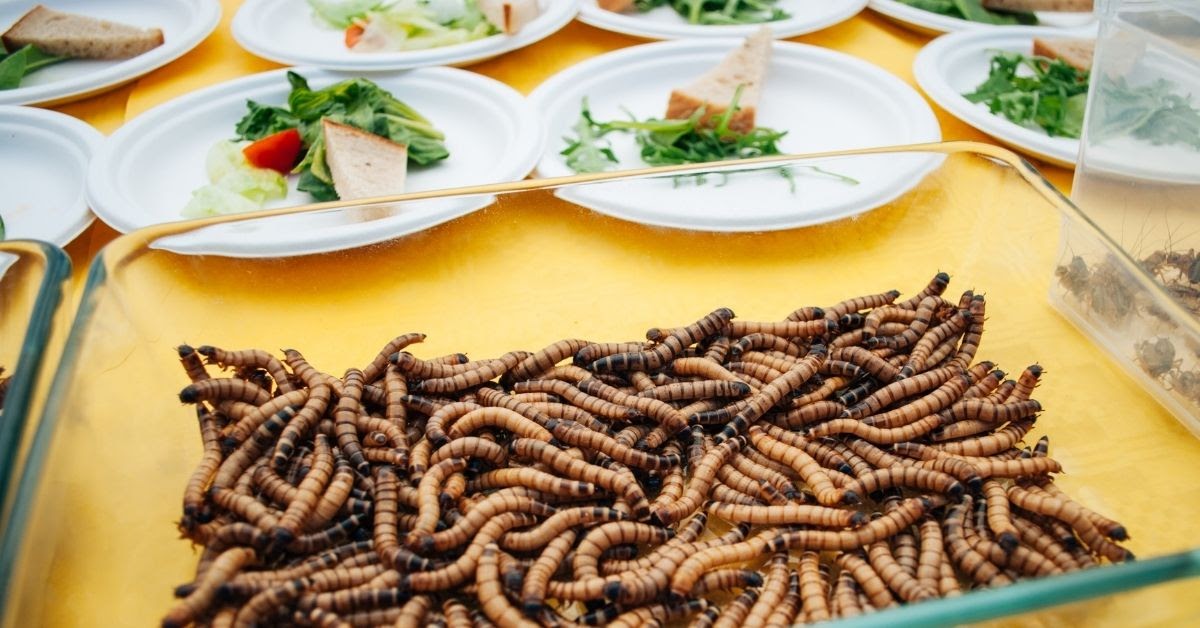 As far as I know, foreign journalists need special permission from the authorities in order to work in China. Permission I didn’t have. However, I was savvy enough to know that journalism is, “The activity or profession of writing for newspapers, magazines, or news websites or preparing news to be broadcast.” That definition doesn’t extend to horror fiction, so I felt reasonably safe in returning to my first love. I also started using the pseudonym C.M. Saunders, which is different to my ‘given’ name which appears on any official paperwork, to add an extra layer of security.

The first fiction I wrote in a decade was a novella called Apartment 14F about an English teacher who moves to Beijing and finds himself living in a haunted apartment. Writers tend to be greatly influenced by their surroundings. 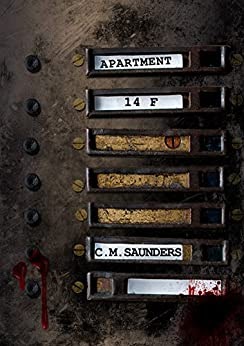 Thankfully, my apartment in Beijing wasn’t haunted, unless you count the cockroaches, but I was able to inject a lot of personal experience into that book. Even the numbers in the title was a subtle nod to those who know their Chinese numerology, with ‘one’ signifying loneliness and ‘four’ being the Chinese equivalent of number thirteen. It usually signifies bad luck because the pronunciation of ‘four’ in Mandarin (si) is phonetically similar to the word for ‘death.’ 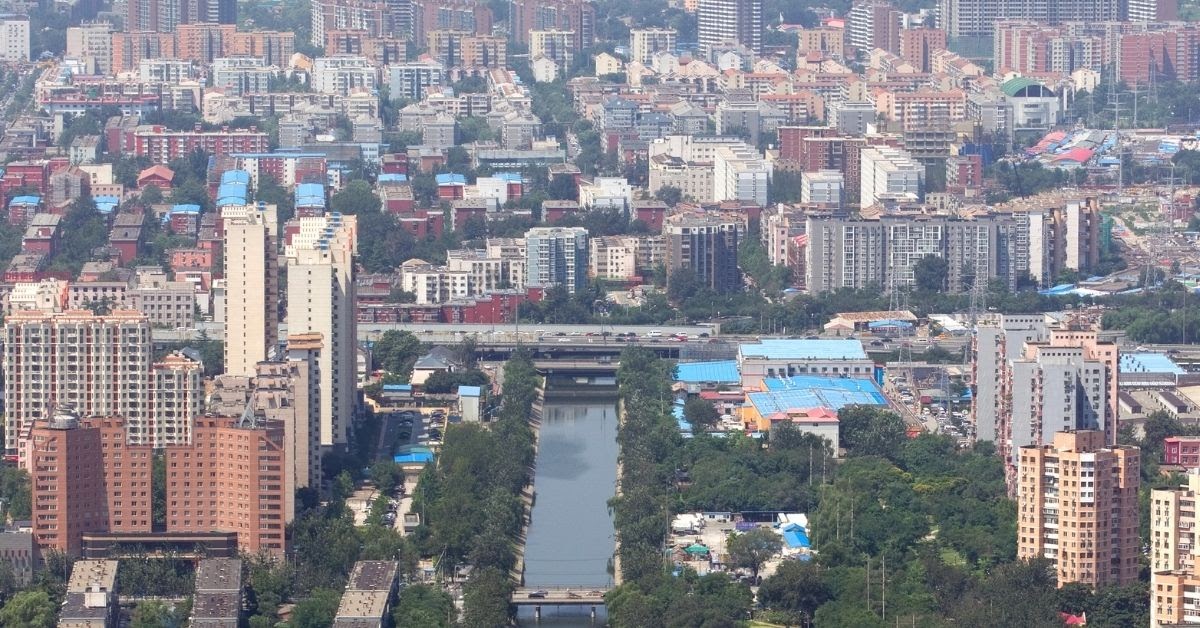 Staying in the Game

As the publishing landscape changed, I became what’s known as a hybrid writer. Unfortunately, that doesn’t mean I’m part wolf. It’s a way to describe people who play the field. Some of my work is published traditionally and in the conventional way, while I put other material out independently.

The rise of self-publishing on platforms like Amazon and Smashwords means that literally anyone can be a writer these days. In many ways, I prefer it. It’s a lot of work, but you get to retain full creative control over every aspect of the process from commissioning the cover art to setting the price and devising a marketing strategy.

To date I have had two non-fiction books published, two novels, six novellas, and four collections of short fiction, known as my ‘X’ books (X representing the unknown or unexplained), as well as hundreds of articles and short stories. 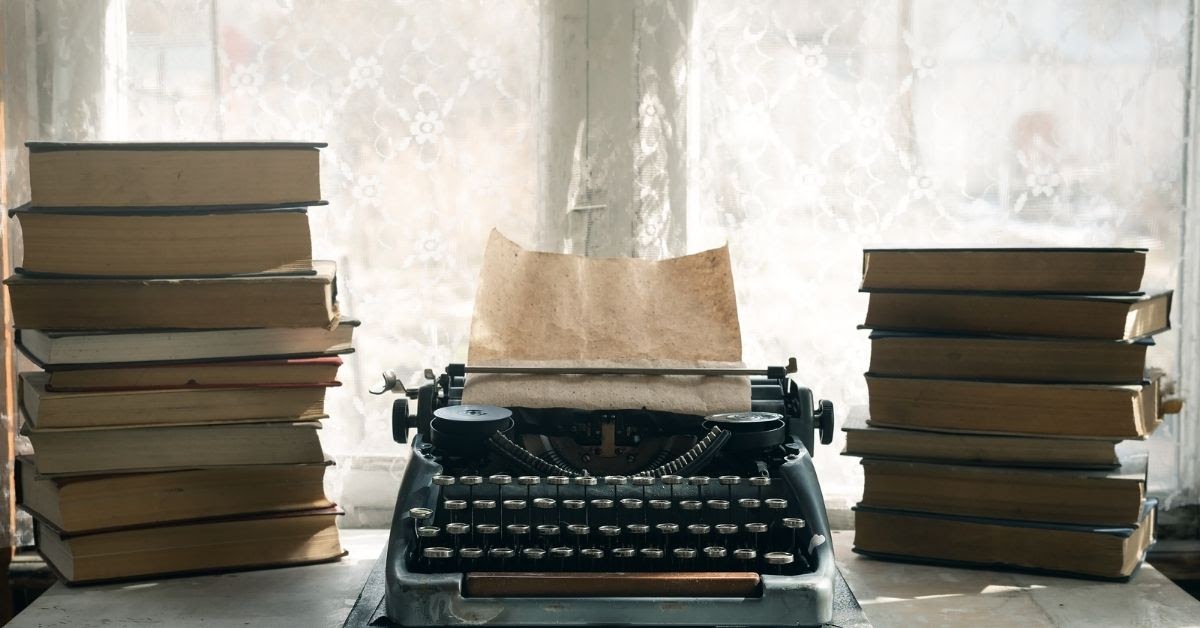 Short stories remain my favourite medium. There isn’t a ton of money in them, but every little helps. Being a writer in the modern world is all about diversifying and creating multiple revenue streams. Ideally, in the first instance I sell my stories to anthologies or magazines, and sell them again as reprints after the period of exclusivity has expired (usually a year). Later, I compile them into one of my ‘X’ books so in effect I get paid two or three times for the same story. Above all that, I find it satisfying and rewarding. Like I am doing something constructive.

Making the Most of It

One of the main advantages of working at colleges and universities (as opposed to training schools where you’re expected to put in 40-hours plus a week) is all the free time you get. Sure, you have commitments. In my case, I have to teach 16 or 18 hours a week, plus a few extra classes here and there, and I also have to plan classes, grade papers, moderate exams, and take part in the occasional extra-curricular activity like English corner or being a judge at English speaking competitions. 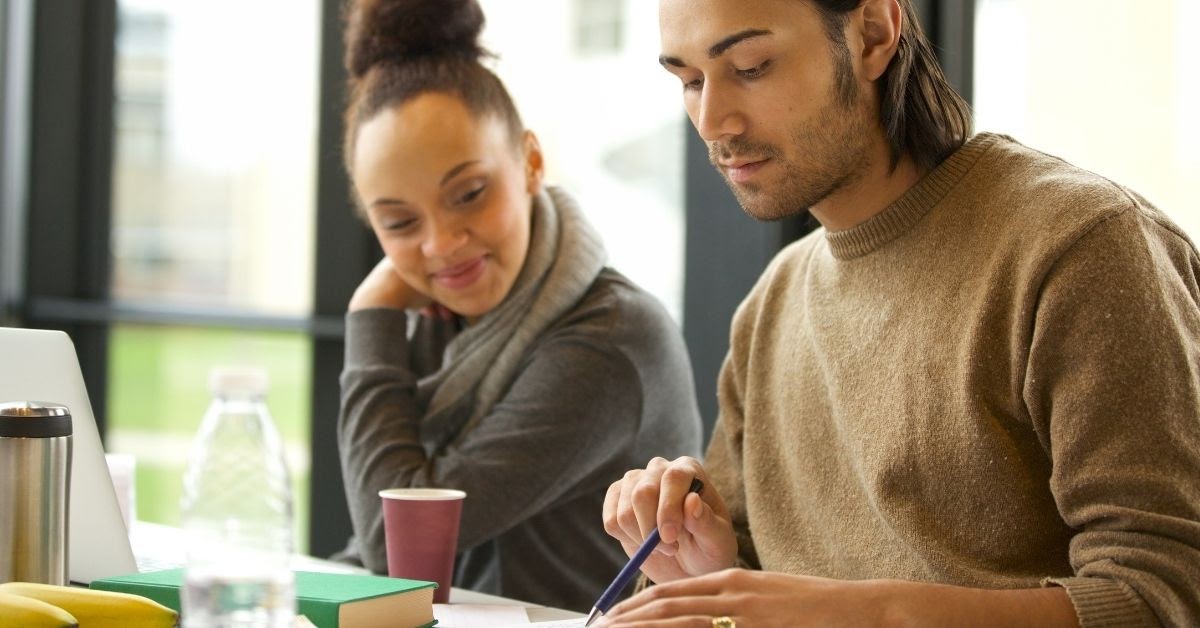 There’s never a dull moment, and sometimes it’s difficult to find the time to write. But living on campus means there is no daily commute, and over the years I have become adept at managing my time. It gets hot in Guangzhou. This is not conducive to lay-ins, and I find myself routinely getting up at six or seven in the morning meaning I can get a good solid hour or two of writing in before my classes start.

I’m much more productive in the mornings. This sets my day up well, because I feel I’ve accomplished something before I even walk out of the door. I don’t even check my email or read the news until later in the day, and I don’t reply to my messages unless they’re urgent. All this mundane stuff can be done on breaks, in between classes, or during lunch hour, which leaves my evenings mostly free. It doesn’t sound like much, but you’ll be surprised what you can achieve in just an hour or two a day if you apply yourself. Using this system, I wrote my latest novella, Tethered, which is about a guy called Craig who gets far too involved in internet rituals, in just a couple of months. 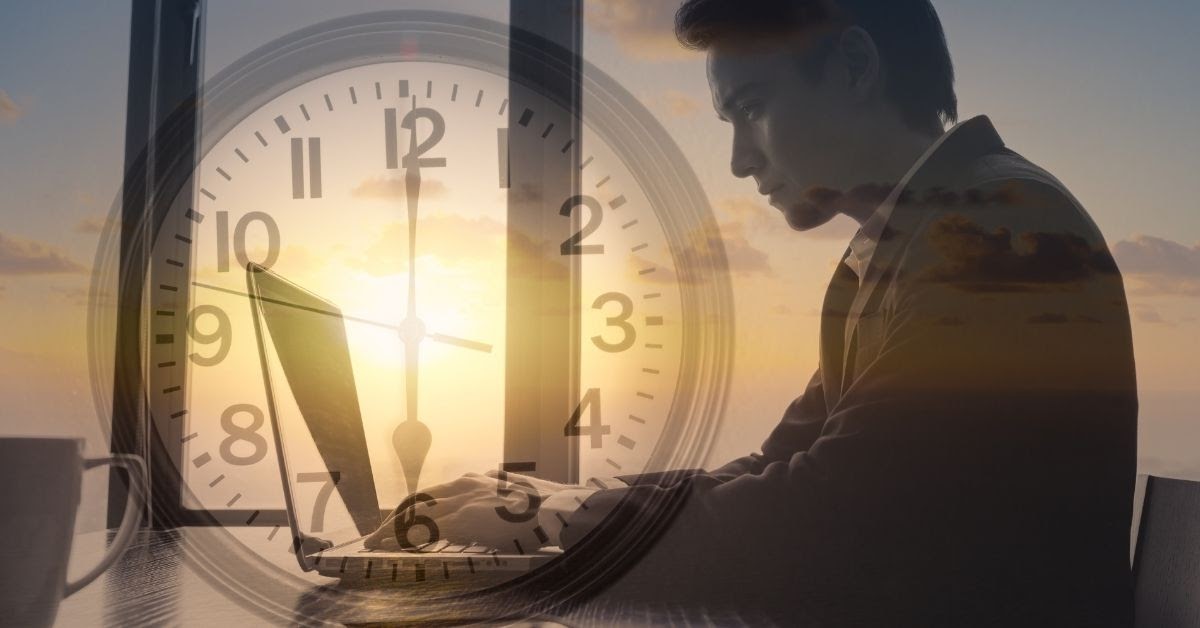 If you’re reading this, you probably know that living and working in China isn’t easy. I don’t really believe anyone’s life is easy, but being a ‘laowai’ means every day is beset with the kind of challenges you never had to deal with before. Even the simplest things like paying a bill or getting a haircut often requires inhuman amounts of dedication, perseverance and sheer luck. It’s a bizarre existence. But it’s enriching, rewarding, and character-building. Personally, I’d do anything for a life less ordinary, and it definitely beats working in that pharmaceutical factory.

Christian Saunders, who writes fiction as C.M. Saunders, is a freelance journalist and editor from south Wales. His work has appeared in over 100 magazines, ezines and anthologies worldwide including Fortean Times, the Literary Hatchet, Maxim, Nuts, Fantastic Horror and Crimson Streets, and he has held staff positions at several leading UK magazines ranging from Staff Writer to Associate Editor. His books have been both traditionally and independently published, the latest release being Tethered on Terror Tract Publishing. 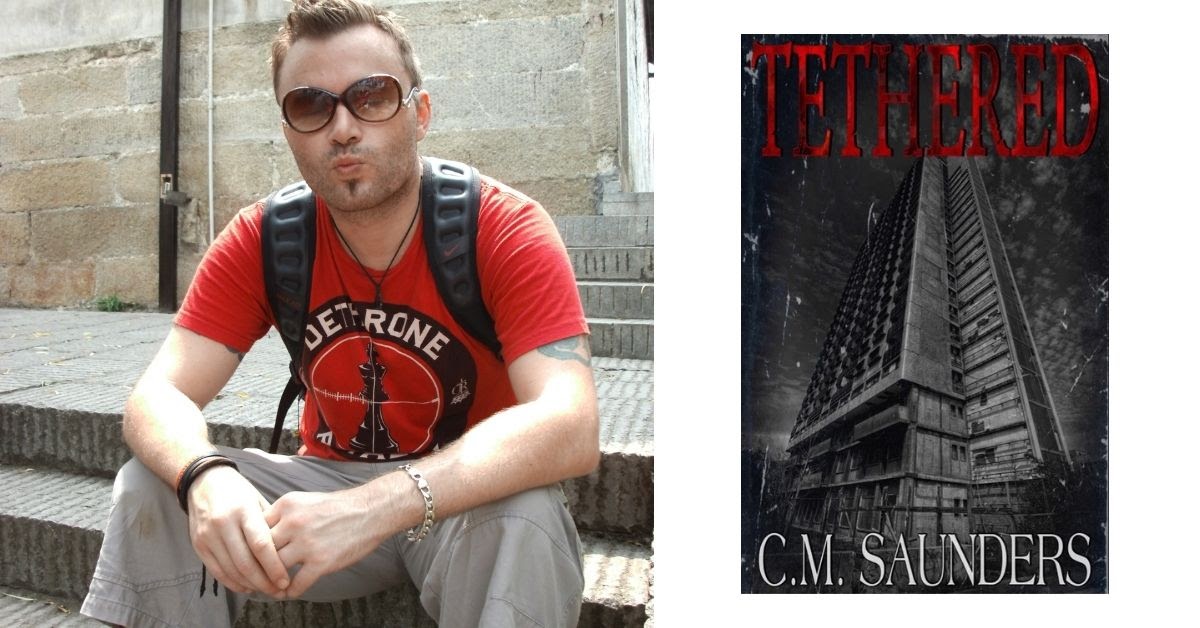 Are you currently an expat in China? Or have been working and living in China? If you want to feature your story, please get in touch with us here.