You’re sitting there in your gown waiting for the guy on stage to call your name. Once you’re called, you standup, shake hands in front of 100s of people, and finally get your piece of paper.

It’s been a while but it’s official – you’re now an adult.

It feels good. But one thing of being an adult is that you have to find a proper job and one that’s related to your major. It’s been four years (and quite a chunk of money) so you’re hoping to get a job the moment you step off the stage.

It’s the reality for some people and that’s great.

But for others, they want something different.

They want to go festivals in America…

…and longer than the 2-weeks they’re given every year.

And I don’t blame them.

I wanted to start a business and I wasn’t going to get there by working my way up an invisible ladder.

But there was only one problem – bills.

It would be good to pay them on time vs. being some mix of bitcoin investor / serial entrepreneur / IG influencer (in other words, unemployed).

That’s when I got introduced to teaching in China by my friend Zoe.

To be honest, at first I didn’t care what I had to do, I was only looking at what was in it for me. As a big reader, I’m not even particularly keen in structured education either.

There was nothing at stake expect time, so there was no reason not to try something new.

A month later, I got my TEFL certificate, packed my life into a suitcase, and booked a one-way ticket to China.

I didn’t even know much about Chinese culture other than the Three Kingdoms from a popular video game I played as a kid.

(Side note: it was great hearing the students talk about Sima Yi and Liu Bei and know what they were talking about)

After arriving in Chongqing and then my apartment, the first thought that crossed my mind was, ‘I should’ve studied harder at uni’. Heck, I would even say self-learning only gets you so far.

I must admit the few weeks in the beginning were rough.

The language was difficult, the food was strange, and I got along with maybe one other person here… (then again I’m the guy who likes to stay home and watch an analysis of some movie I’ve never watched before)

I didn’t even think I could last a six weeks let alone six months.

I wasn’t cut out for this.

Then they said I was moving to a different city.

It was much smaller where I’m the only foreigner for miles. I like my own company (as you can tell) but this was pushing it.

I thought I should have left to make it easier for everyone.

But for some reason I stuck it out… two years later it became one of the most transformative experiences of my 20s. 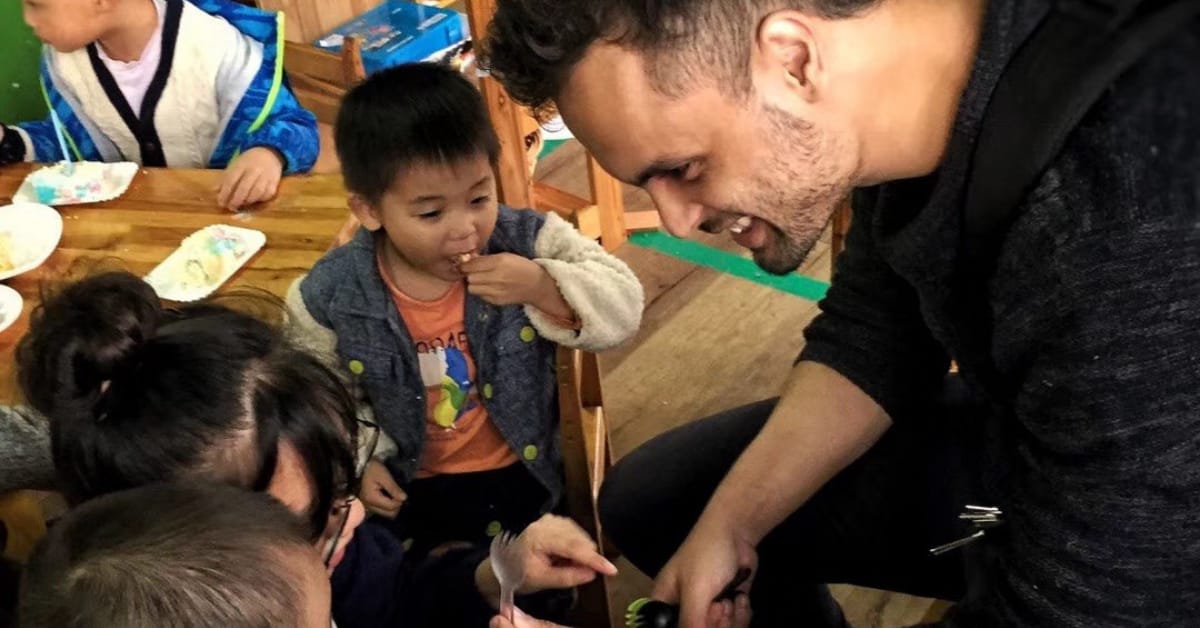 If you learn one thing is that living like a traveller and exploring as a tourist are worlds apart.

For one a tourist is someone who has a checklist of things to do.

It’s useful if you want to get a lot done in a short time but you forget you’re on holiday – it shouldn’t be stressful… not the Amazing Race where if you didn’t see the Mona Lisa, ride on a Gondola, and meet the Queen in four days you feel like you didn’t get your money’s worth.

The traveller, in fact, buys a one-way ticket to a country that isn’t Canada (or the UK or Australia or any Western country if you happen to be from there already).

You’re jumping off the deep end and doing something completely different from what you’re used to.

I wouldn’t even say it’s enticing at first glance.

First, you’re choosing to uproot your entire life. Next, you’re saying those awkward goodbyes to everyone you know. Then, you’re off to a country where one word can have four different meanings (depending on tone).

But choosing one place while earning your keep (e.g through teaching) is where the real learning begins.

Don’t worry, I still want to see more of the world like anyone else. But there’s something profound about living the way another culture does.

When you understand why Chinese students study like it’s life or death or why families are so close to one another you develop a real empathy for others.

Imagine if all you did was check things off a list without going deep with the culture – everything becomes a blur.

It reminds me of something Mark Manson once said. Travelling to one country is cool. The second one is pretty neat as well, the third isn’t too bad either.

You get the picture.

This will sound cliche but even though you’re there to teach, you’re learning the most out of everyone.

Because when you’re living by yourself for a long enough period you pick up on a few things… (and I’m not only talking about doing laundry for the first time in your life either).

You learn what’s important and what’s not. It happens without that nagging feeling that you might be a little too weird compared to the people back home.

Good idea: riding on a motorbike across the mountainside in the middle of the Winter fog.

Bad idea: doing the same trip on a bicycle.

Bad idea: getting pressure sold 2-weeks of private yoga lessons for $1000 (…you learn that it’s not all rosy and that you know how to deal with people).

Then comes the teaching.

At first you’re a fish out of water.

One of my first classes was teaching a group of 20-somethings English without an assistant and yes, it was brutal.

Now it becomes one of those things that’s second nature.

You have almost full-control for the outcome of each class… it’s not all chaos so every class does have its structure. But you know you’re making a difference when the students are having fun and learning something worthwhile at the same time.

Well, that’s enough of my rambling about life in China. If you leave with anything, it’s worth having the ability to put yourself in your 80-year old self and work backwards.

If I could be a clueless 20-something again, what would I be doing?

If I never left for China, I’d be struggling to pay the bills while in limbo… the one where you need a graduate job to get experience and need experience to get a grad job.

But instead I’m able to live a way that’s completely unique to me.

On top of the teaching, I can pursue the things I wouldn’t have time for back home. Exercising, reading, hiking mountains, walking every day, exploring, working on side projects.

They’re not life-changing at first glance to but to be able to do that in another country?

Well, that’s all the persuasion I need! 🙂