Over the years, teaching English as a Second language has been becoming more and more popular. Not only domestically but internationally too!

Learning about this pattern in the Education realm has strongly influenced me to lean in and try to make a career out of it. Now, I am an ESL teacher in China and I love it!

Why I decided to Teach ESL in China?

Growing up I’ve always seen my hometown of New York as a melting pot of all different types nationalities. The trend has been that many visitors end up settling down and making a new home here, in order to take advantage of new opportunities in America.

I always loved learning new languages and traveling with my family. As a child, I have always experienced different cultures within my very own neighborhood. That type of consistent exposure helped to normalize differences while growing up.

So, when I first made a foreign friend I was not afraid of the potential language barrier but rather intrigued to learn about their background and to find commonalities. In school, when it was time to decide which foreign language to learn the answer was easy, everything! From Spanish, French, and German to eventually learning Chinese!

If I truly wanted to maintain my language proficiency, I had to make a lot of foreign friends to enrich myself not only with the language but the culture as well. I firmly believe that in order to learn anything new, you have to be willing to make mistakes along the way.

I have been a teacher for many years, both in American and China. My classroom experience rages from kindergarten to senior level in high school. I’ve seen and heard just about everything in a typical school environment. Once I grew tired of the monotony or wanted a change of scenery, I had to make a move. I sacrificed stability for the sake of a new adventure.

Thankfully, I knew of some friends who had taught in Asian countries and loved their time working abroad. Most of them spoke highly of the earning potential and how easy it would be to get in some extra traveling throughout the year without much sacrifice.

In the beginning, all that I knew about China was from TV and that it was a rapidly developing country. Since I already had a background in the Chinese language, I thought that going to teach English in China would be the smoothest transition for me to make.

Living abroad in China has afforded me many experiences, both positive and negative. Thankfully, the good outweighs the bad, by a landslide!

If you’re like me, originally coming from America and trying to transition into a new life in China, I’m sure you are feeling a wide range of emotions. In the beginning, I felt like I was traveling to the other end of the world all by myself. Which is quite a daunting feeling!

In reality, it was the opposite. Since I have traveled there before, on short vacations. I was familiar with the language and culture, so that helped diminish all fears very quickly. Eventually, I felt a sense of bravery for having the courage to travel so far away from home and pursue my goal of teaching in China.

Being the Only Foreigner 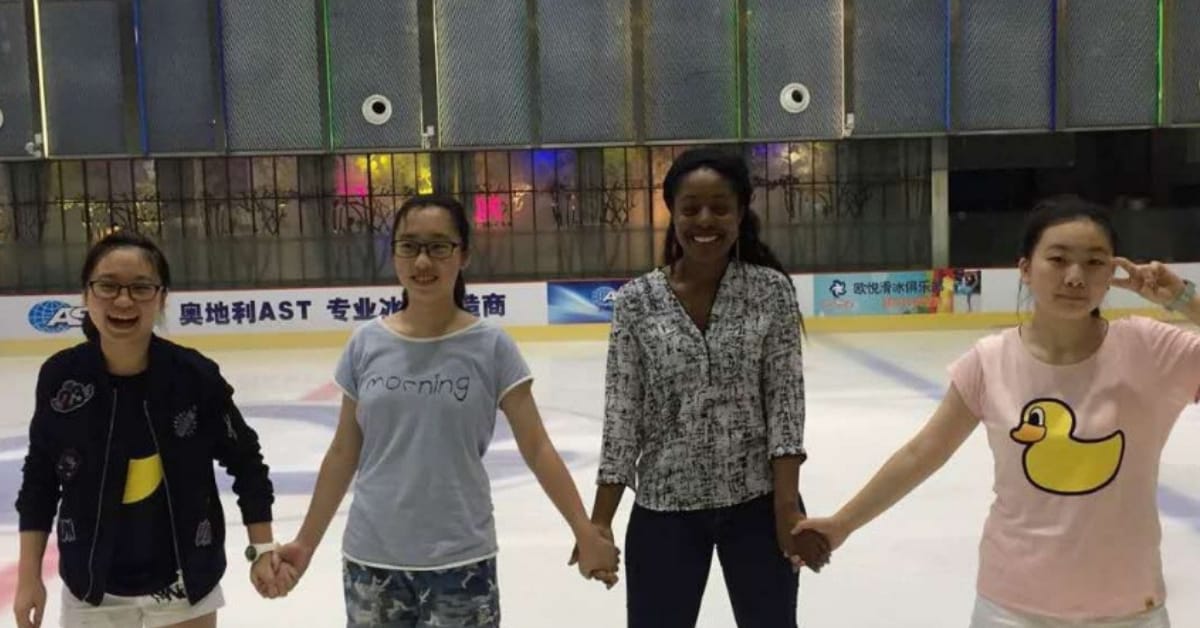 Honestly, there are a million and one different aspects of being a English teacher in China. My personal experience while living in Beijing was being the only foreigner in the entire campus.

The school I worked at is located in the heart of China, the capital, which is Beijing. I knew that I wanted to work here because of its reputation. Living and working in a city like this is almost magical. The amount of history alone is astonishing, whenever there’s free time, you can go to the forbidden city or other tourist attractions that are all around you. In the spring time, my campus is extremely beautiful!

Being the first foreign teacher at a public school was record breaking moment for everyone. My outgoing personality was my true advantage! Initially everyone was terrified to speak to me because of their fear of not knowing how to speak English. I remember in the early days, the school guards, maintenance workers, canteen staff, and even other teachers of different subjects played an awkward game with me that consisted of silent waves, nods, and hand charades in-passing as a way of acknowledgement.

After the first week there I attempted to start taking the initiative in communicating weather it was testing out my Chinese or whipping out my trusty translator, I would find a way to express myself.

It was All Worth it in the End

Ultimately, in the end, those were the kind of experiences that I valued the most. Making connections with people, that from the outside, no one would dare to guess. Turns out that all of those school workers lived in my new neighborhood and I would see them on the daily basis whether within or outside of school working hours. At the grocery store, parks, banks, bus stops, or wherever else our paths crossed they were always sure to scream hello! Small talks and jokes were my favorite because it always highlighted their personal backgrounds and sense of humor.