Teaching in China Story: I Learned to Speak Mandarin in 30 Days

I Learned to Speak Mandarin in 30 Days, and I Ate A lot of Chicken Along the Way

In 2011, I waved goodbye to wide roads, Tex Mex, and cowboy boots, and set off on an adventure to China.

I had been interested in East Asian culture for as long as I could remember, so when the opportunity was extended to me to go and teach English and Economics at a University in Wuhan, I jumped on it. I was not entirely sure what I was jumping into, but I was certain that this would be an important milestone in my life.

There was just the small matter of navigating the language.

Language begins in the heart 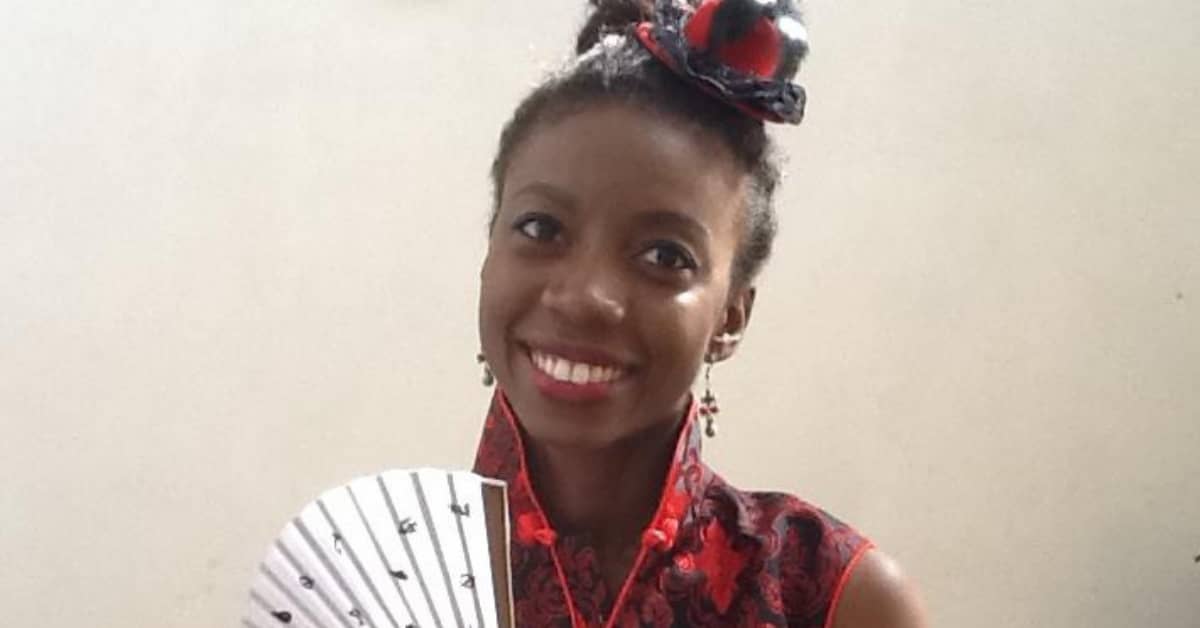 My second week in Wuhan, as I walked to across campus to my apartment in the foreign teachers’ quarters, a student caught up with me and joined me on my walk. His name was David. I recognized him from “English Corner,” a routine Thursday hangout where students who wanted to learn English could chat with foreign teachers in a casual atmosphere.

David and I made small talk as we walked, constrained by the limitations of language and vocabulary, until out of the blue, he said, “My friends and I think you have a Chinese heart.” I was thrown for a second, but as the words sank in, I realized they were the most welcoming words ever extended to me.

When I first arrived on campus, I had felt inadequate. I was uncertain about my ability to reach beyond language and culture barriers to touch the lives of my students and the community I now called home.

I had experienced moments of disappointment at not being able to draw out shy students. I often felt frustrated that I couldn’t fully express the depth of gratitude I felt every time a student brought me a gift. I could not envisage ever being able to cross what seemed like enormous language and culture gaps.

David’s declaration on our walk that day, brought sudden clarity. I had come to China to teach, but I was also there to learn; I needed my students and the community around me as much as – or even more than – they needed me. David’s words told me I was not on my own, I was part of a community. My flaws and errors and faux pas would be forgiven as I stumbled forward. My host community saw my heart – and the heart is where language begins.

How do you say “chicken” in Mandarin?

My first  couple of weeks in China, I ate a lot of chicken. It was one of the few  food options I could easily describe with a combination of pointing and charades (yes, think clucking and cockadoodling and flapping my arms like a bird). I soon realized that unless I wanted to keep the charades going, I needed to learn the word for “chicken” and all the different forms in which it was available for consumption. Every time the Ayi (Aunty) or laoban (boss) figured out what I was trying to describe, I would shout a victorious “Yes!” then quickly ask them, “Zhege, zenme shuo?” How do you say this in Chinese?

Very soon, the local noodle vendor and the guy at the vegetable stand and the lady who sold banana pastries, became my self-assigned teachers. They would eagerly introduce new foods, ask me if I remembered what this was called, or how that was pronounced. The lessons extended beyond food – I learned the words for rain and sunshine, words to express how I was feeling, and the word for ice cream.

Write it down, sound it out 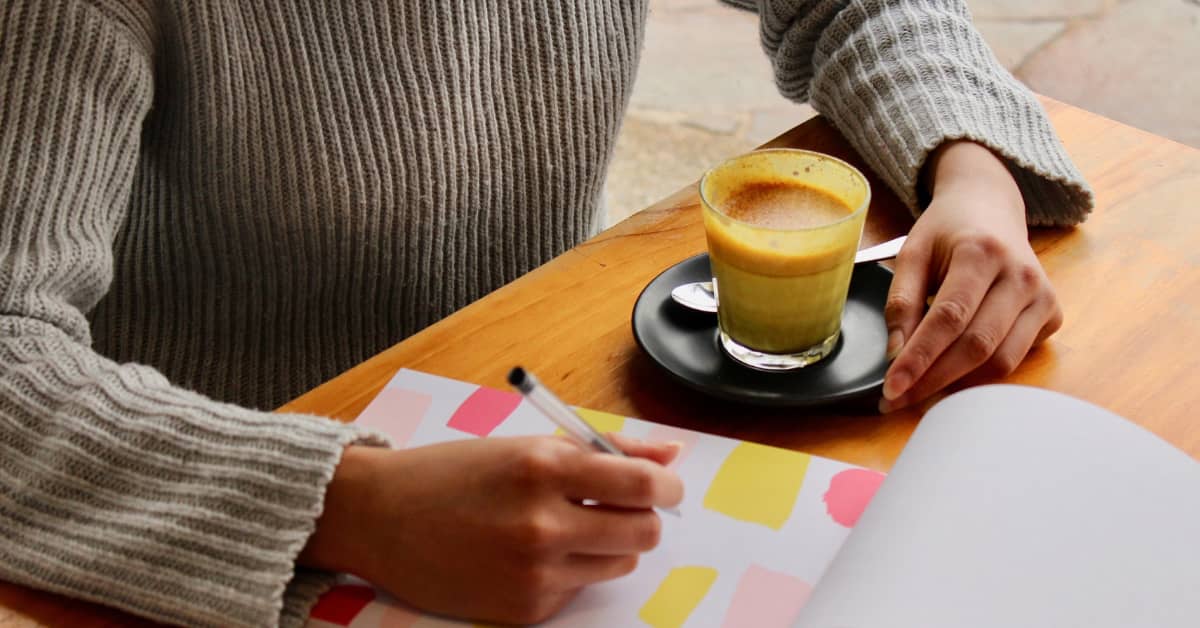 Every time I learned a new word or phrase, I would write it down in a small notepad I carried around, and include a few lines to provide context – who taught me the word, where I was when I learned the word, an example of how the word could be used in a sentence, and so on. For words that were a bit complex or difficult to pronounce, I would ask one of my students to sound it out correctly, then I would use my phone to record myself mimicking them.

I kept my glossary “organized”, using categories I could relate to. I had a glossary for food that included the spellings and pronunciations of my favorite foods (or foods I wanted to avoid!). I had another category titled “Music”, and here I added titles for Chinese songs I enjoyed, excerpts from lyrics, Chinese singers’ names, the name of my favorite Karaoke bars, and the Mandarin words for certain musical instruments.

Now, if you’re visualizing a neatly arranged, alphabetical list, think the opposite. My notepad was more a hodgepodge of random words, incorrect spellings in pinyin, abbreviations that only I understood, arrows pointing in every direction to make connections…a wonderfully convoluted masterpiece. Between my notepad and my voice recorder, I amassed a fairly extensive Mandarin vocabulary in a relatively short amount of time.

My notebook became a recognizable feature around campus, and students would frequently offer new terms and phrases I could add to my list. These days, there are also a lot of apps available for you to learn and practice Chinese. 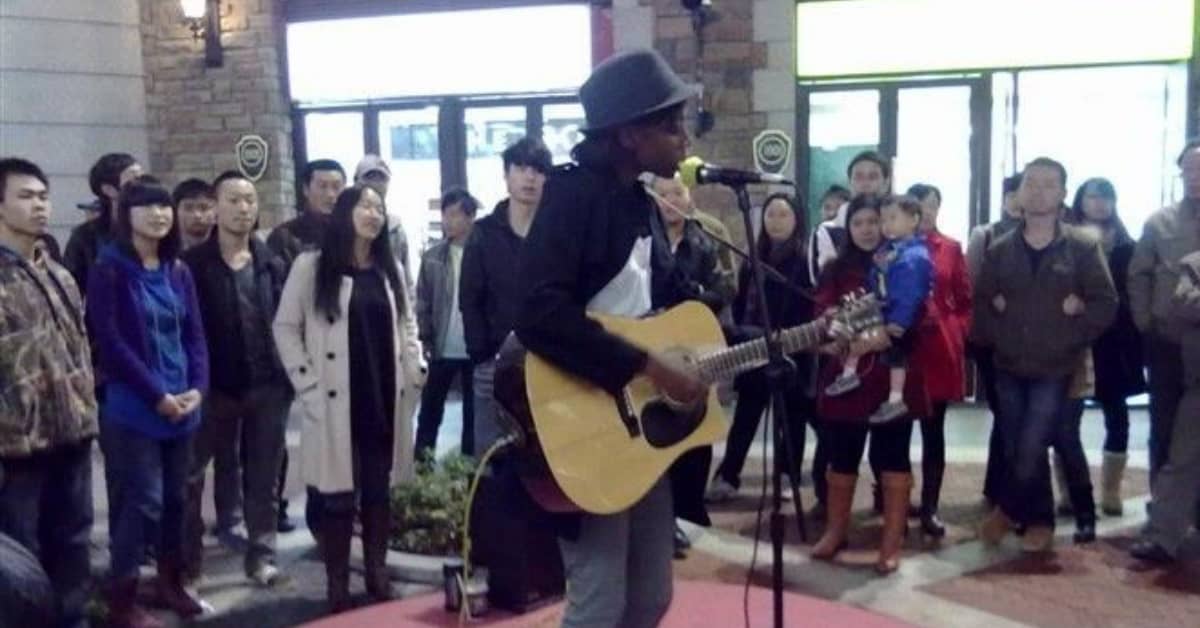 I love music, and I was excited to discover that music is an important part of Chinese culture. One of my students suggested that I learn Mandarin by listening to Chinese music, based on the logic that she had learned English listening to Western music. Made perfect sense!

So I delved into the world of Chinese music. I downloaded a song-recognition app and every time I heard a melody I enjoyed, I would note the song and download the lyrics in pinyin.

I had a few students who took it upon themselves to ask what songs I was listening to, and to explain the lyrics of the songs. At least once a week, we would go to a karaoke bar, and they would make sure to select some of the songs on my list.

I learned a lot of Chinese idioms from song lyrics. I also picked up a lot of contemporary slangs and phrases and ramped up my “cool factor” in the classroom every time I made a cultural reference 🙂

Enough to say “I love you”

By the end of my first month in China, I was navigating comfortably through conversational Chinese. Not “comfortably” because I got my tones right, or always had all the right vocabulary. My competence had more to do with the confidence I had, knowing that even though I was thousands of miles away from the people and the places with whom I was most familiar, there was a spot in the hearts of a few hundred Chinese friends with my name on it.

When people ask me whether I’m fluent in Mandarin, I tell them I know enough not to go hungry, enough to find my way home if I’m lost in an unknown city, and enough to say “I love you.”

It may not sound like a lot of Mandarin, but I’ve come to learn that vocabulary is only a small subset of language. Tucked between the commas and the paragraphs are unspoken sentiments and depths of meaning for which there are sometimes no words. This is why it takes more than a textbook to learn a language.  Language is an exercise in discovery.