How to Prepare for Teaching in China to Maximise Your Impact

Before heading to China, I had been teaching for just two years. My experience had always been in summer schools or through singing, games and activities, and I soon came to learn when I arrived, that teaching in China would be a life-changing experience not only for myself, but also for my development as a teacher.

Teaching at a private school 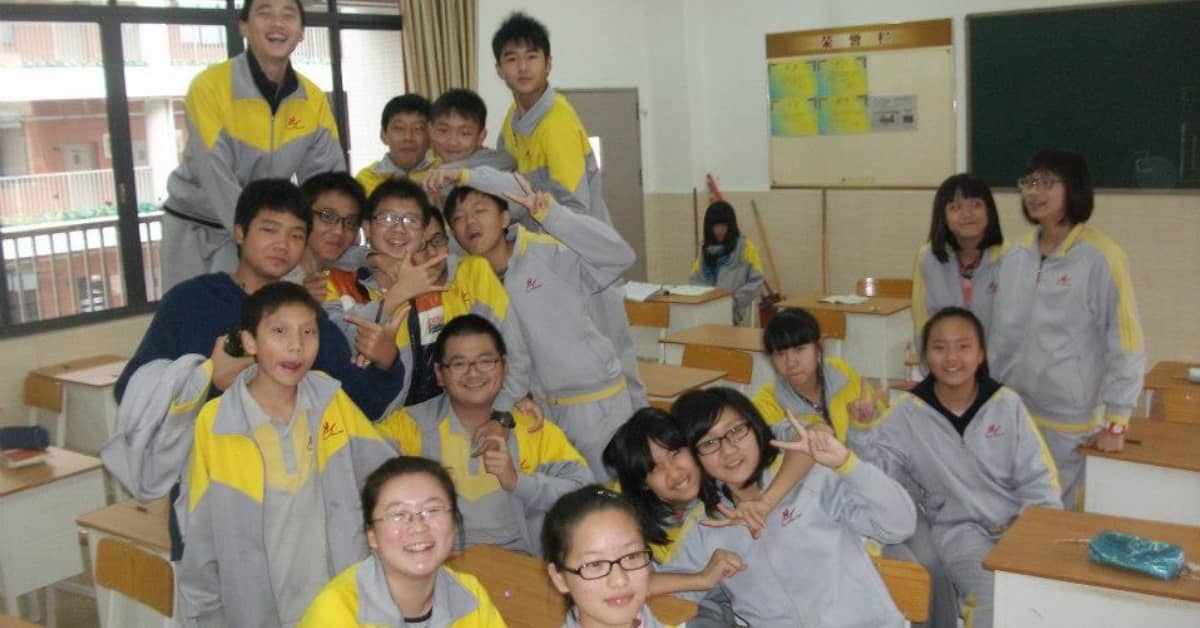 My first 4 months were spent in a school on the outskirts of the third-largest city, Guangzhou. I was surprised to find that, as a private school, the facilities there were as they would be in a British state school, for example.

The classrooms were basic; chalkboards, chalk and paper, which made any digital lessons off-limits. The lessons were only 40 minutes each, which made it difficult to do any proper set-up, explanation or production of new language, and there were no course books to use; allowing me the freedom to do what I wanted, but also taking a lot of preparation time to decide what would be important for the students to learn.

Most of the classes in China are very structured and theoretical; opting for activities such as a written dictation or copying grammatical sentence examples rather than students’ using their creative abilities, so I was asked to mainly focus on speaking activities – something completely alien to the students!

With around 17-20 students in each class, I was able to prepare dynamic and engaging activities for the small number of students. Once they had got used to the more informal method of teaching, they began to ask for certain games or things in class that they wanted to do; leading to a much more student-centred environment where they had some control over their own learning. Some of the favoured activities included:

Back to the board

Two teams, with two students sitting with their back to the chalkboard. The teacher writes a word and the teammates try to describe it to their team representative for points.

The teacher draws the grid on the board with whichever topics suit the level. The students, in teams, copy the table and the class are given a letter of the alphabet. They must think of one word under each category, beginning with that letter. Points are awarded for correct answers.

Students’ loved the competitive element to the activities but were also able to build their confidence in speaking and expressing themselves. Without many classroom resources, it is essential to have a ‘catalogue’ of no-prep, or minimal prep, activities available, whether as warmer activities or to round off a class.

Teaching at a public school 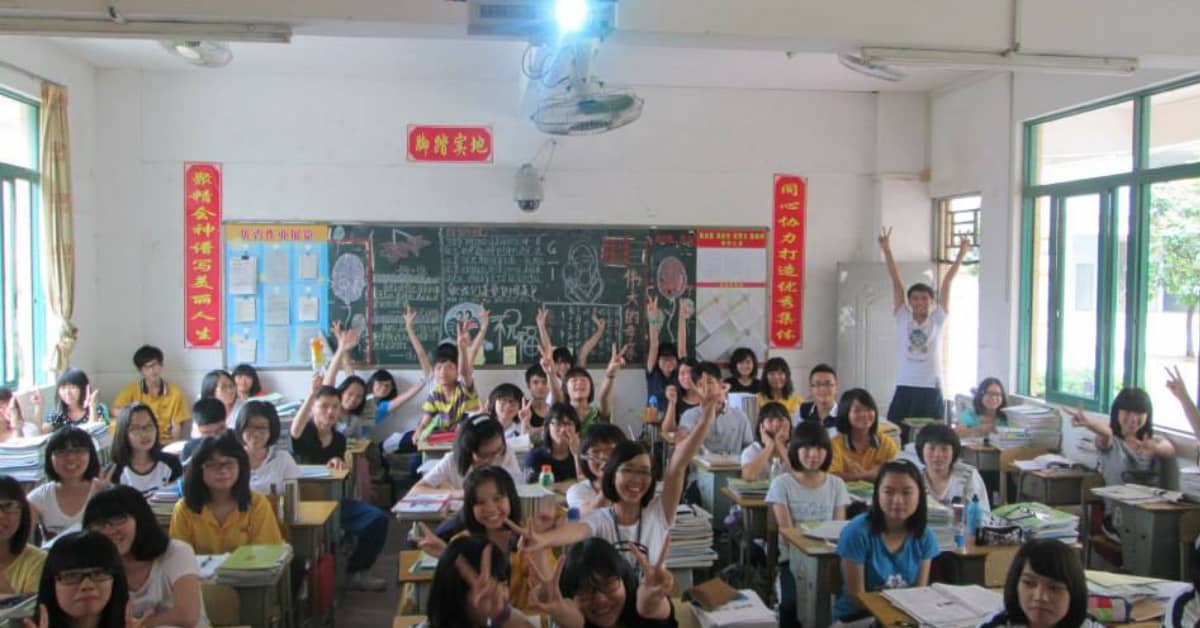 The second half of my year in China was spent in the tiny, rural village of Gaoyao; around a 2-hour bus ride to the nearest city.

The experience could not have been more different. The classes were packed full of 65-70 students who began their day at 6am and finished at 10pm. Once they had finished their studies for the day, they slept at school, and only went home once per month.

For this school, I knew that my activities were not going to work, and I would have to try to design lessons on a significantly larger scale and without any space for the students to move around. An advantage, however, was that in certain classrooms I had access to a projector, and outdoors we had miles of seemingly endless countryside, which I decided I may be able to use to my advantage.

I began preparing activities such as a ‘whispers’ game, where students at the back of the row had to whisper a given sentence to the student in front. The sentence was then passed along and the student at the front of each row had to write what they heard on the board. Not only did this practise listening skills, but also gave every student the opportunity to participate and see that learning English could be fun.

I showed videos demonstrating British culture and did a lot of activities with music such as gap-fill lyric games and creating stories from the interpreted meanings behind songs. On occasion, I was able to take the students outside and to practise English through competitive sports activities, such as a three-legged race or a running relay.

Students learnt to encourage each other and to practise language that they would be able to use in a real-world situation. As time passed, the students became more assured in their language abilities, and we began holding local community events in English – from barbecues to basketball tournaments, and from dance battles to debates.

Building my passion for teaching

Being in China taught me that there is no right or wrong way to teach, and that every new learning environment you come across will provide you with a new challenge.

Being adaptable to every situation and not panicking if the lesson doesn’t go according to your pre-prepared plan is key. Ensuring that you are practising essential skills whilst also observing that students are having fun should be a main objective.

Of course, not everyone will enjoy learning English, particularly when you have as many as 70 students in a class, but by focusing on activities that build students confidence and by opening doors to new ways of studying, shows students that they can learn without even realising it. Living in China opened my mind to a world of possibilities as a teacher and as an individual, and it is an experience I would recommend to anyone.