Should I Teach English in Japan, Korea, or China?

Japan vs. Korea vs. China, where should you choose to teach English?

We’ve listed a few important things to consider for your decision making. Let’s find out together!

1. Which country has more opportunities? 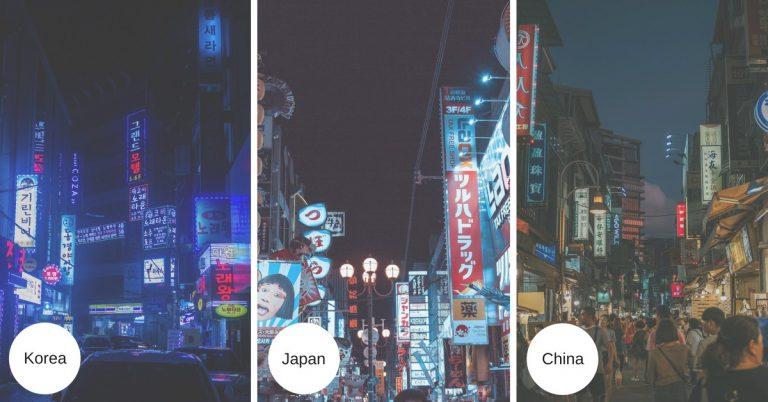 All three of these countries are always looking for people to teach the English language, however, the demand varies.

Among all three, Japan is the most difficult place to find an English language teaching job due to the high competition. You might find yourself going to the country and asking around until eventually find an opening.

There are much more available in China than in Korea and Japan combined. That means that foreigners will have an easier time finding a job to apply for and getting hired for it in China.

2. How much money can you make?

One thing that every foreign English language teacher wants to know is how much money they can make with this type of employment.

While each country has its own level of pay, with Korea and Japan paying more per month than China, people will need to take their cost of living into consideration as well.

Japan and Korea may pay more, but the cost of living in both those countries are considerably higher than in China.

The cost of transportation and food is much lower in China than the other two countries, and as an English language teacher, a person will make two to three times the amount of money as any other local worker in China.

3. How about life outside of work?

Spending time away from work is very important, and that is why everyone will want to choose the country that has the most to offer them when it comes to culture, adventure, and food.

The nightlife seems to be better in Japan and Korea than it is in China, but the cost to go out in those two countries can set any English language teacher behind on their bills.

The bars in China are mostly the same with what music is playing and what activities are held every night, but with no entrance fee, affordable drinks, and friendly people, no one will miss the ones in the other countries.

China, Japan, and Korea all have phenomenal landmarks to see everywhere, but the ones in China seem to be the best.

After all, Korea’s landmarks are all historical and quite basic, and while Japan has some unique ones like the Tokyo Tower and Osaka Castle, they don’t appeal to everyone.

On the other hand, China’s Great Wall, Forbidden City, Summer Place, and the Temple of Heaven are always on everyone’s list of must-see travel destinations. 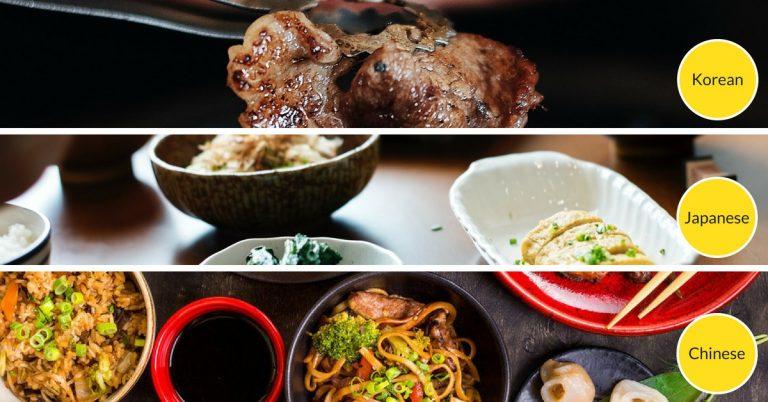 All three countries have delicious food

The food in Korea, Japan, and China is all delicious, but in China, there is such a variety of food that people can eat something new for weeks and never have the same dish twice.

And, English language teachers need to remember that they will be served authentic Chinese food, so it will not be greasy or soggy like they find at non-authentic Chinese restaurants back home.

4. How difficult is it to learn the local language?

Most people that teach English in China, Japan, or Korea like to learn the local language when they are there.

All three languages are difficult to learn, but the Chinese seem to be the most challenging with all the different dialects. However, China has such a fast-growing economy, that the Chinese language seems to be the one that everyone wants to learn the most.

Thankfully, this language is easier to learn than most people think, especially if they hang out with a lot of the locals. Once a person has worked in China, they will be able to add that experience onto their resume and stand out from the rest of the job seekers in the future.

The connection with the locals in China will allow an English language teacher to completely immerse themselves into the local culture too because their new friends will help show them the area while teaching them what they need to know.

5. Which country is more appealing to you?

All three countries are amazing places to start your teaching English abroad journey. It really depends on your preferences in terms of which one is the best choice for you. It seems to us, though, that China offers more of a variety of options at a lower cost for those who want to try working overseas.

Teaching in Korea vs. China

Teaching in Japan vs. China

Why Teach English Online? 7 Benefits that Will Blow Your Mind!

How to Get an Online Teaching Job with no Experience?

Teach English Online to Chinese Students: Why? And How to Get Started